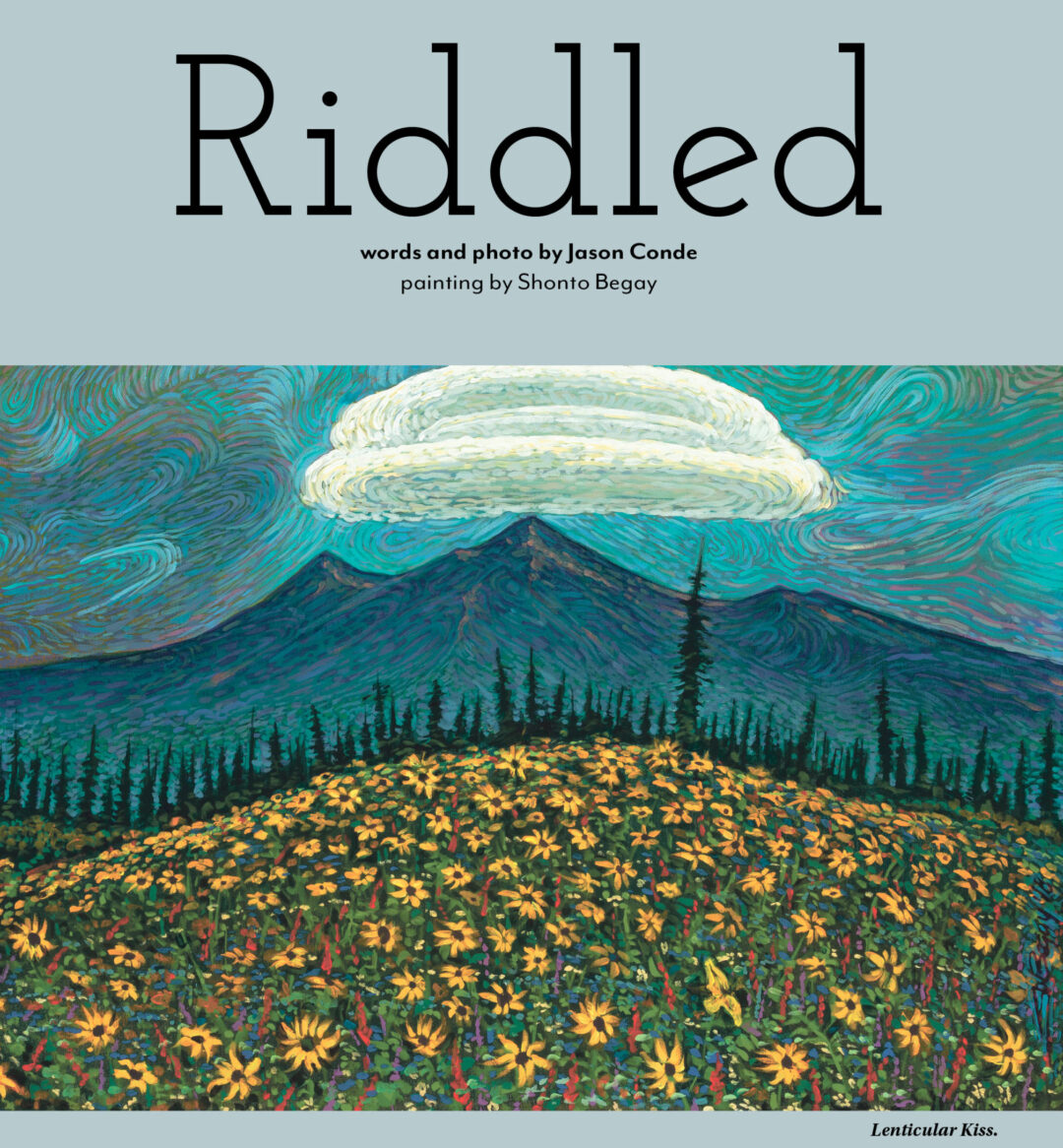 My idea of a picnic, in its simplest terms, is any meal enjoyed outside. My own memories of picnics come from the road trips I took with my family as a child. Pan de sal sandwiches with corned beef or fried spam and cold adobo over cold rice at rest stops, parks, and, when necessary, gas station parking lots. Afterward, my mom would give my siblings and me our toothbrushes with Aquafresh smeared across the bristles and tell us to brush our teeth. In the summers, we camped along the Union Valley Reservoir in the Sierra Nevada, much of the forest new growth after a wildfire burned over forty thousand acres in 1960. We camped with our cousins, aunts, and uncles, and our meals were daylong buffets. Breakfasts of fried eggs, garlic fried rice, tomato salad, honey mango, and juice-braised tocino and longganisa. Burgers and hot dogs cooked over the fire for lunch. Dinners with grilled short ribs, barbecue chicken, or medium-well steaks smothered in A-1 and whatever trout we caught poached in cane vinegar, ginger, and green onion. Red onions and peppers were foil-steamed over the fire, there was pan-fried eggplant with bagoong digo, and an electric pot full of hot jasmine rice. Between meals, after hiking, fishing, or waking up from a nap, we’d graze from warehouse-store bags of jerky, chips, and trail mix and gallon-sized Tupperware tubs of watermelon, cantaloupe, and honeydew.

Moving to New Mexico during the first summer of the pandemic was a three-day series of picnics throughout Middle America. Our first stop was at a rest area an hour or so outside Chicago—instant ramen with poached eggs cooked over a one-burner camp stove surrounded by fields of tall grass. Another meal was plant-based burgers and hot dogs cooked over the same stove along the shoreline of a Missouri reservoir, the dam in full view and the reservoir’s surface much lower than its waterline. Then a park in Kansas, again with ramen and eggs as we waited for a blown tire on our moving truck to be replaced. Not the most enjoyable picnics, but they weren’t intended to be leisurely. We ate outside and far away from others to avoid infection, and we were so stressed and tired that it took me until now to realize how peaceful those meals were, quiet respites from the long road, the anxiety of a sight-unseen move across the country, and the pandemic blazing around the world.

My original plan, when I accepted this assignment in early April, was to have a small picnic at Hermit Peak, which I’ve never been to the top of. Eight miles round trip starting at over seven thousand feet, rising past ten thousand at its highest point, and made famous by a monk who isolated himself up there in the 1860s—the hike sounded difficult, but, like my other picnic stories, I anticipated that this one would be as much about the journey as the food. Then, the day after I finalized my plan, a prescribed burn at the base of the peak grew into a wildfire. Residents evacuated. The US Forest Service issued an apology for their oversight. As this story goes to print, more than 300,000 acres have burned, after it merged with the Calf Canyon Fire. Throughout the state, numerous other fires burn.

Sebastian Canyon is nearby, just outside Montezuma along the edge of the Sangre de Cristo Mountains, where my family and I took our first hike in New Mexico. The trail is on private land, but we’d been told the owners were okay with hikers. In two years, the only problem we’d ever experienced up there is trying to get our dog back into the car after the hike.

It was the morning after Easter. My daughter had no school, and I took the day off work. Sebastian Canyon beckoned. “Let’s go,” I said. We packed water and apples, ordered breakfast burritos to go from Olivia’s, and stopped by El Ranchito Market for original-flavored, store-brand jerky, corn nuts, and dried pineapple.

The hike was uneasy. Helicopters passed overhead, one carrying a red bucket and another with a water tank mounted to its frame, shuttling water from Storrie Lake to douse over the fire. I could feel the whir of their propellers, and when I looked up at them, the sky looked like gauze.

We followed the trail to a clearing where a campfire pit was covered with a slab of sandstone, and sat on a few small boulders circling the pit. My daughter found green chile in her burrito, which I’d asked to be left out and is too spicy for her to eat. She opted for water, an apple, and jerky. I felt bad about her burrito, so I saved mine and instead snacked on corn nuts and dried pineapple. Not far from where we sat was a fir tree split where its trunk was riddled with bullet holes, and the helicopters flew overhead toward the lake. 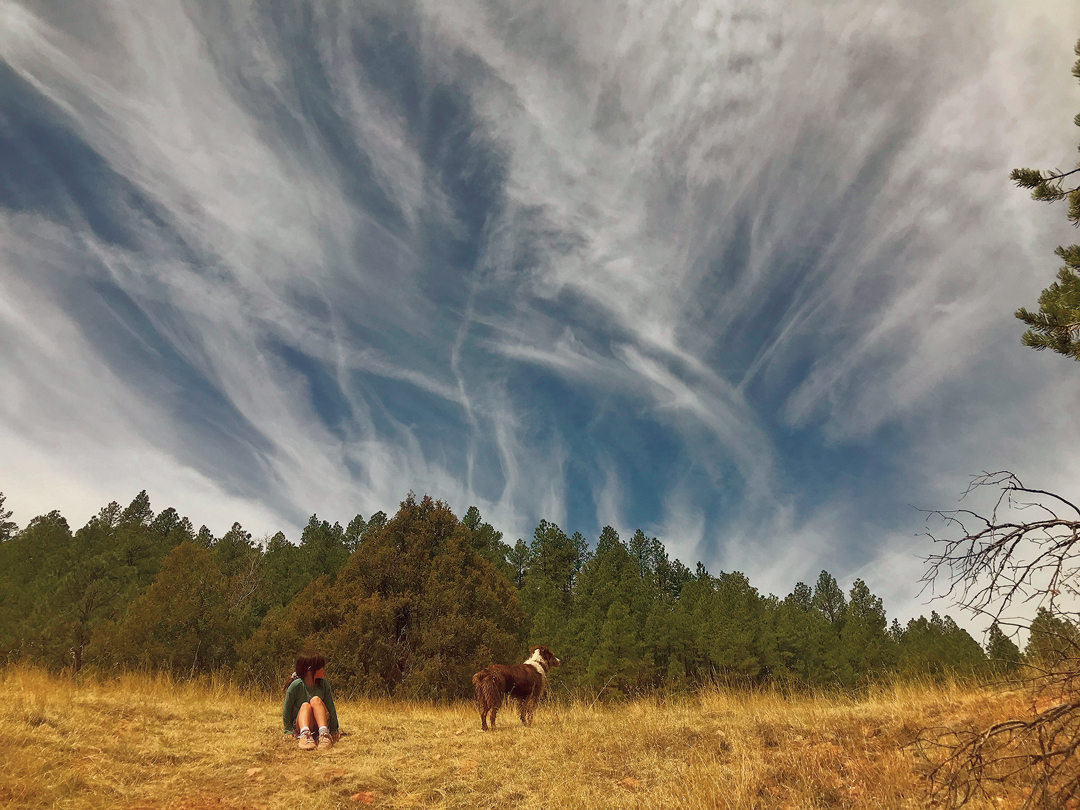 On the way back, I could smell smoke. The helicopters continued to pass. At the car, I found a note underneath a windshield wiper, written in black marker on kitchen stationary:

On the other side:

Spread The Word
To Your Hiking
Friends

I wondered where else I could have a picnic in these conditions. A friend recommended a local building with National Historic registry he had rooftop access to. Another suggested Starvation Peak.

Earth Day came, along with emergency wind advisories and news of two new fires adjacent to Hermit Peak. Anytime I stepped outside, wind blew dirt into my eyes and mouth. Schools closed early, and I began receiving emails from students who had to evacuate their homes.

Despite knowing better, but wondering if any sort of picnic was possible, my family and I drove up the 518 toward Sapello, hoping to get as close as we could to survey the fire conditions. Heavy traffic passed in the opposite direction. The sky was thick with smoke. Wind shook the car as we drove across the Storrie Lake dam. A dirt turnoff toward Las Dispensas was full of cars and trucks turning around or waiting to be of service. I pulled over and maneuvered to turn back home. Dust flurried around the car, and in the distance, I could see the silhouette of the mountains. 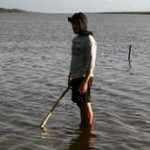 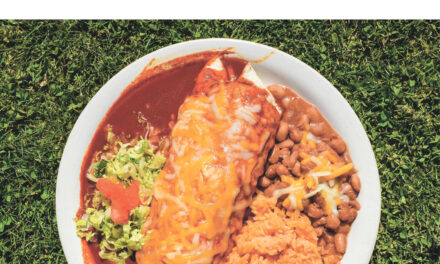 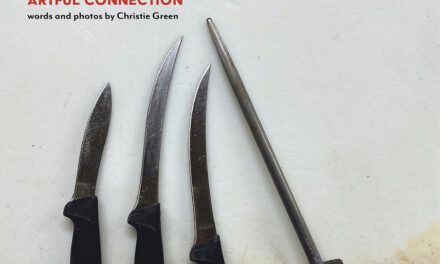 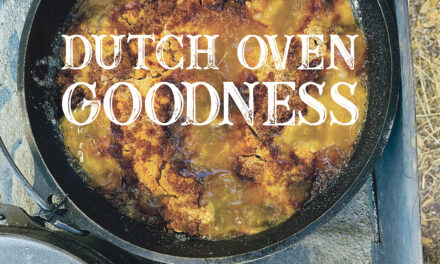 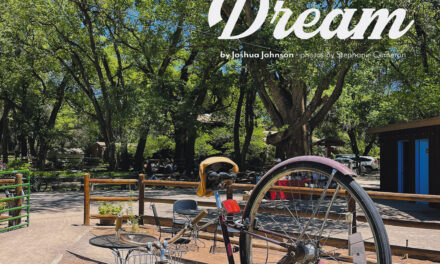