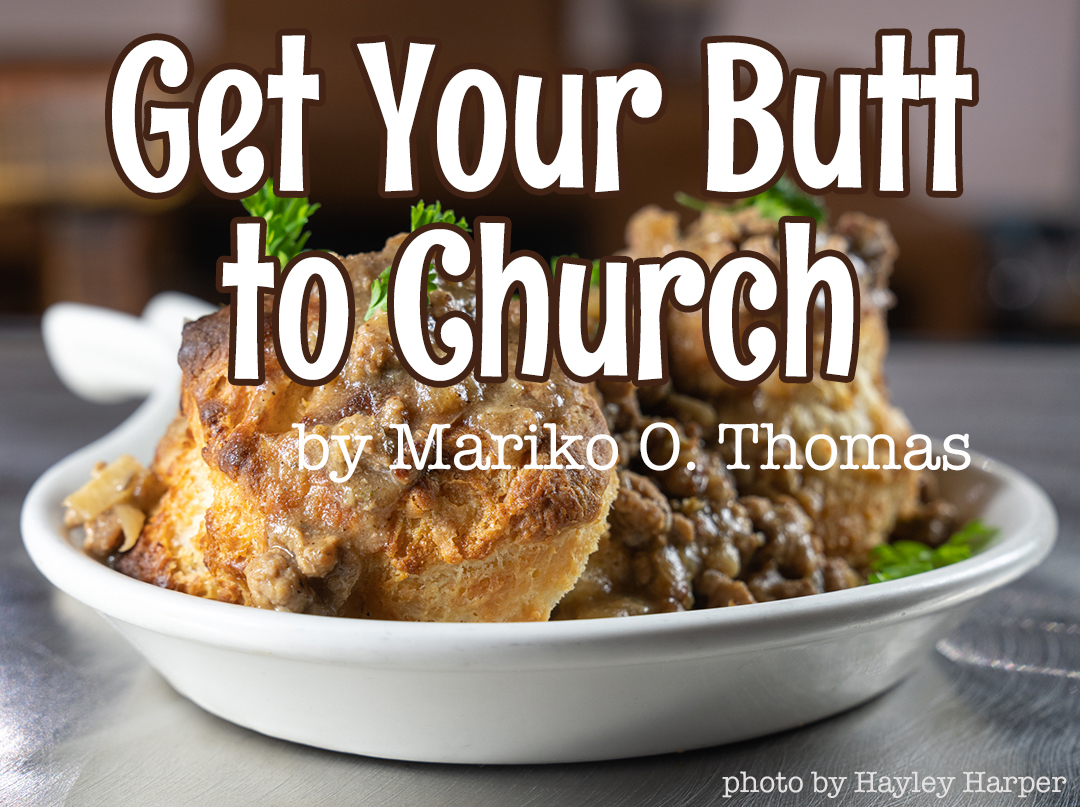 I was brought up on comfort food. My family wasn’t from the South—rather the dusty, sprawling City of Angels in California—but we had soul. We hearkened back to our roots in our generous use of fat as a fortifier (never an enemy) in trays of cornbread and mac for holidays, crispy fried chicken on birthdays (not that this is particular to my heritage, I’m pretty sure everyone loves fried chicken), and huge pots of black-eyed peas and collard greens made by my aunt Ann on New Year’s Day, thick and rich with a simmering ham hock and ladled into overflowing bowls. My mom, bless her time-saving tendencies, was more of a toast and peanut butter for breakfast type lady. But my father never skimped on breakfast and, fueled by all the ’90s pseudoscience on a comprehensive breakfast being the building block to a successful human, made steaming plates of white or yellow grits with a pat of butter disintegrating in the center and runny fried eggs on top. “This will stick to your ribs, girl,” he would say. “Eat it all.” Don’t get me wrong, I adore posole, I love tamales and tortillas, but sometimes I just need grits. Because of this, it was with veritable embodied joy that I approached Saki’s by CHURCH, a new restaurant serving soul food breakfast with New Mexican flair in Taos. 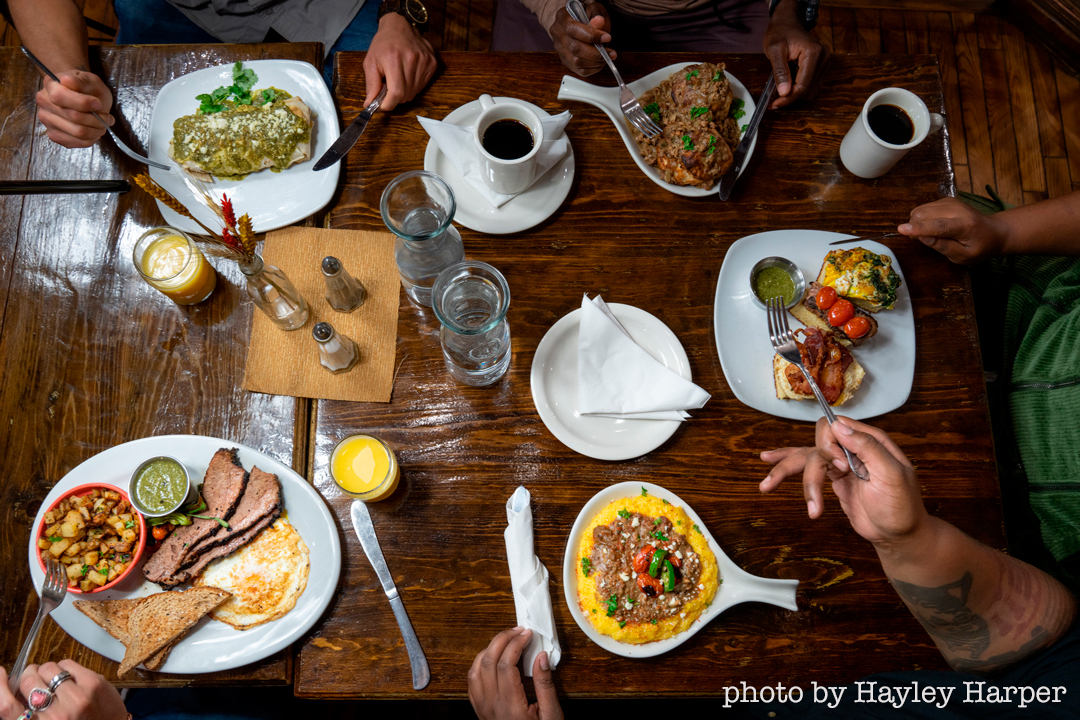 The restaurant’s concept and menu was created by Dorothy Vaughn and Lee Clayton, the duo behind LeeCooks CHURCH, and started as a catering company, dishing out soul food favorites like banana pudding, gooey macaroni and cheese, brisket, and murderously delicious cornbread for events in the northern New Mexico area. They also host pop-up events that have received an almost cult-like following (for example, a few weeks ago they served spiced jerk chicken at an opening for Revolt Gallery in Taos), and participate in feeding the community through offerings like a free grab-and-go Thanksgiving dinner for anyone who needs it.

Their newest project is the installation of a breakfast restaurant in Hotel La Fonda on the Taos Plaza, a warm wooden and adobe cavern toward the back of the hotel. My boyfriend tells me it’s haunted, both from the somewhat frequent turnover of what inhabits the space and from the literal ghosts he heard about while working as a bellhop there circa 2008 (I still think some of the other staff was messing with him)—but I can’t think of a better crew than one literally named CHURCH to drive any potential for negative energy out of the space. 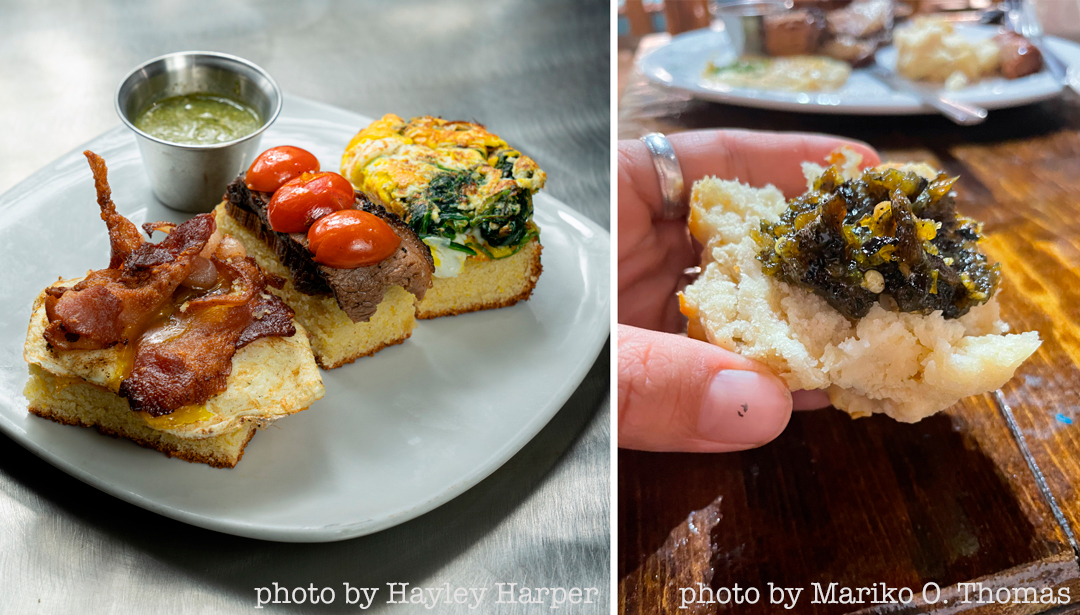 I arrived on a Thursday morning, grateful they are open daily (a rather rare occurrence in Taos) and as early as 8 am—a godsend when you have small children who think 6 am is a perfectly appropriate time to rise. The waitstaff were kind, engaged, and dressed in perpetually cooler outfits than I can manage that early, while having obvious and enthusiastic knowledge of each dish on the menu and general unpretentious warmth. The restaurant is spacious, with nooks for two along the far wall and welcoming long, leather-covered booths and a smattering of wooden tables in the center of the space. The menu is unabashedly clear, offering simple breakfast staples with a soul twist and a nod to New Mexican cuisine, enough items that there is variety but not so many that the early-morning decision seems too complicated. It boasts special dishes such as the Cornbread Flight (a variety of egg, brisket, bacon, and veggie sandwiches, each served with a smear of jalapeño jelly that is both spicy and mouthwateringly sweet), Biscuits & Sausage Gravy, and Huevos Chucheros, their take on huevos rancheros (eggs and beans with salty cotija and house-made tomatillo salsa and, bless my soul, some black-eyed peas). I almost went with the cornbread waffle, but then did an about-face when my eyes fell on the Church specialty plate—centered with a bowl of grits. Oof, game over. 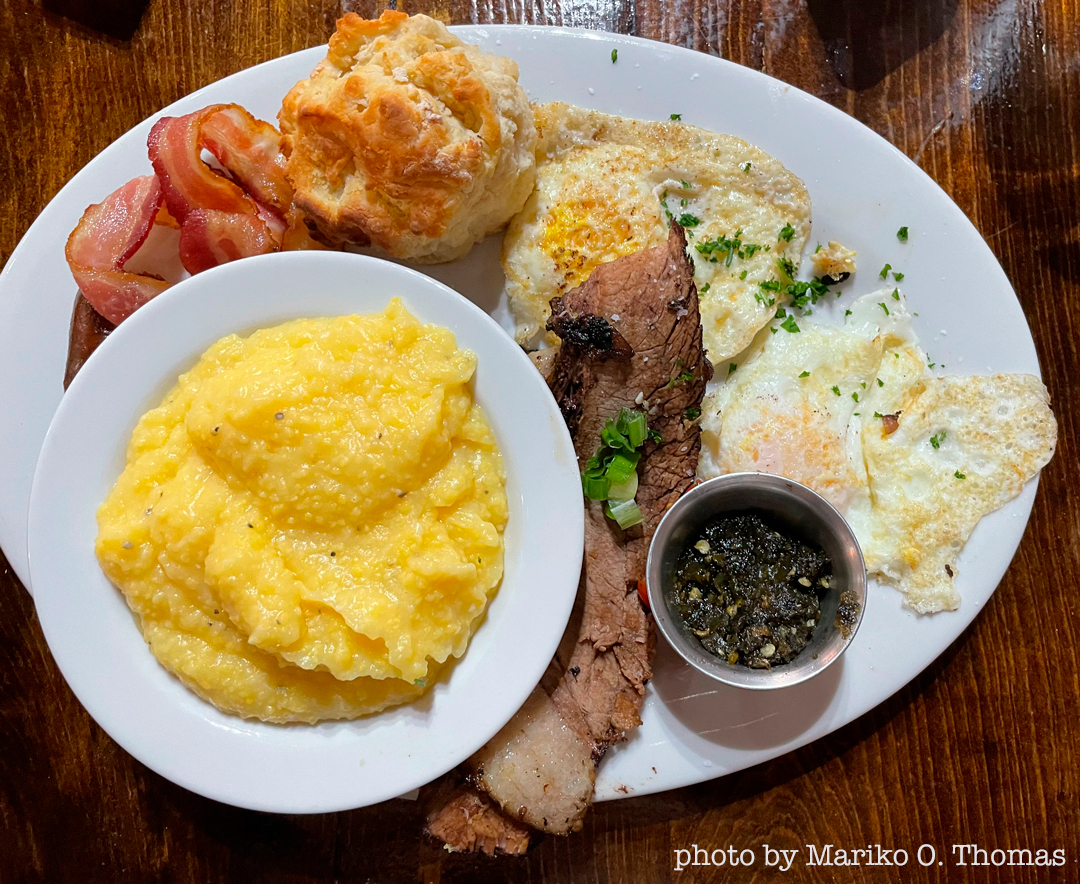 The Church plate is a bowl of creamy yellow grits served with bacon and sausage, two melty over-easy eggs, a buttery biscuit, and the aforementioned jalapeño jelly. I went a little wild and asked to add brisket, having heard through the grapevine that the brisket is a must-have. The grits took me back to childhood, sitting at the breakfast table with my father, him sneaking me a little more butter and popping my egg yolk for me as he blared his morning Motown and sipped his breakfast tea. They were piping hot—as they should be—and generous in portion. The brisket was perfect, delicately salted, with scallions and cherry tomato halves strewn about the strips. The fat melted in my mouth, the charred texture on the exterior balancing the tender cleaves of beef within. It was heavenly. My Ayurvedic friend tells me that for optimal digestion you’re not supposed to eat so many proteins in one setting, but come on, brisket with a sloppy egg and crispy bacon and buttery grits? How could you not? I’ll take the ensuing food coma. When I drove away after strapping a squirming baby into a car seat, I realized I had left the white paper box of leftovers on top of my car. I swear I almost wept at the thought of that brisket waiting around on the roadside for a coyote to come by. But I suppose church is meant to be for everyone. 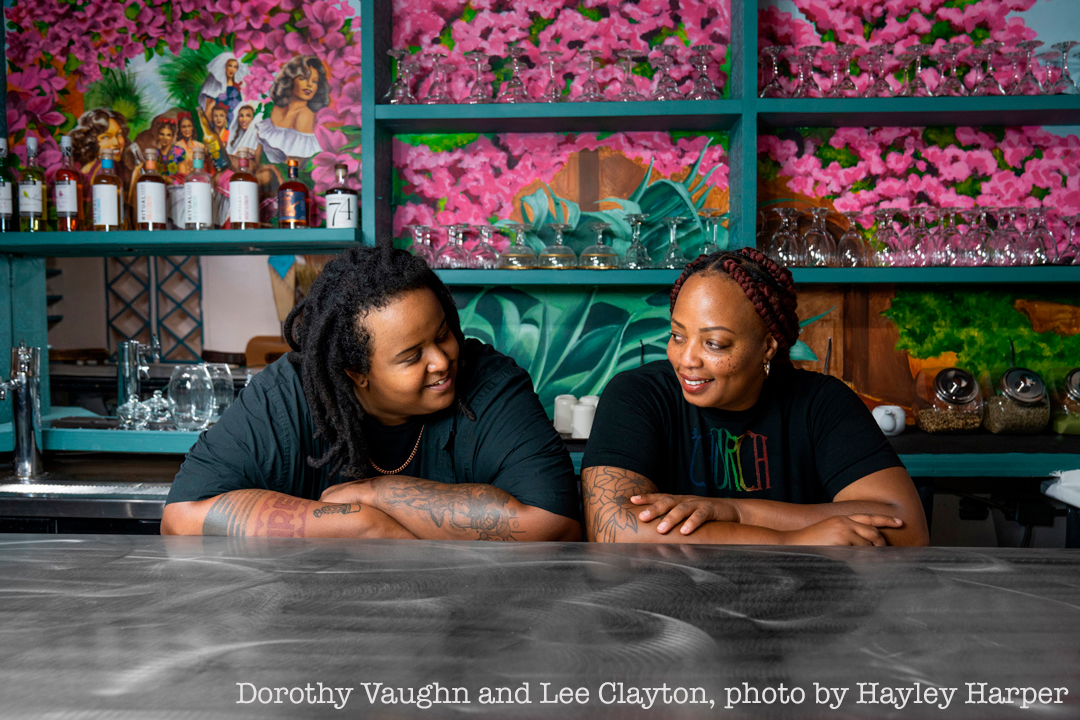 In a town and a time that is rough for restaurants (I’m still mourning the closing of Taos Diner and the corresponding end of the Willey burrito), I have confidence and hope that this place will make it, offering this community a solid soul food breakfast joint with all the sensibilities of brunch after church. 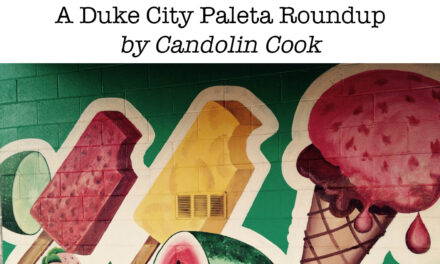 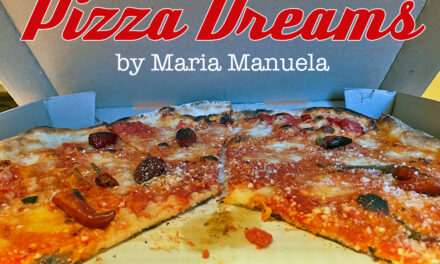 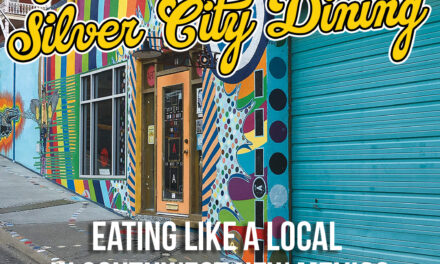 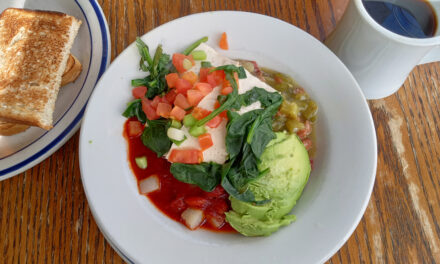 All Vegan, All Day in Santa Fe