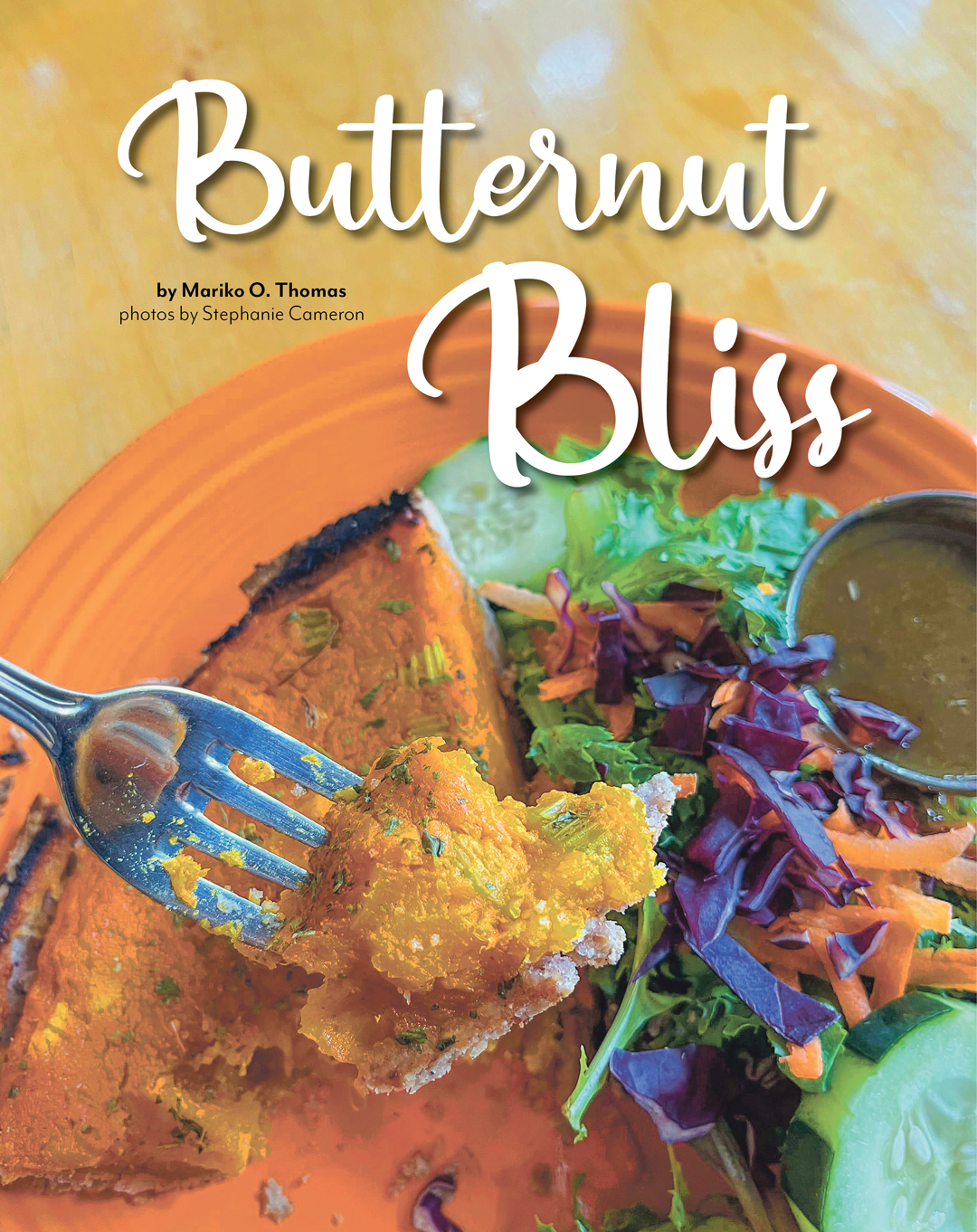 I​ am not a natural vegan. I am more of the bone broth, ribbons of fat, bloody steak type of eater. My cousin is vegan and for years I’ve regarded him with a mixture of envy at his conviction and self-control and annoyance that Christmas dinner mashed potatoes no longer include butter. If I’m being perfectly honest, my annoyance probably just comes from my own inadequacies with vegan cooking. He once taught me a lentils recipe, and the poor boy has endured that recipe every time he’s come over for dinner since. However, I truly do like the aesthetic of veganism, the ethics behind it, its creative nut butters and the very original consistencies of its cheeses, its emphasis on whole foods. I’m just verging on awful at re-creating anything vegan that is remotely edible besides salads and the aforementioned lentils—and before my recent experience at the Farmhouse Cafe and Bakery, I was largely skeptical that vegan fare could offer the warmth and comfort of animal-based dishes.

Luckily, this Taos café does not possess the same level of hesitancy toward vegan cooking that I do. Nestled behind a gorgeous garden space that overflows with hollyhocks and yarrow in the summer, with a wraparound patio beside the large windows through which you can see the cozy wooden tables inside, Farmhouse is a reliably delicious breakfast and lunch restaurant in Taos. They serve piping hot coffee and delectable treats baked in-house, vegetable-forward breakfasts, and an extensive list of warming and nourishing entrées for lunch, most of which include local ingredients. Their owner, Micah Roseberry, has noted that she wants Farmhouse to be an inclusive place, with a range of choices for whatever dietary restrictions someone might have, and she has made good on her goal. When I arrived with the intent of trying their vegan dishes, the incredibly friendly cashier with galaxy-sparkle eye shadow rattled off far more dishes than I had originally been prepared to choose from. “I’ll take the Garden Stir Fry, thank you,” I said confidently. Then, “No, I’m sorry, the Zia Salad.” Then watching her write that down, I had to murmur, “I’m so sorry again—can I actually do the Curried Squash Pie?” It was freezing outside, and the description below the pie spoke of cozy, creamy squash in a hot crust. 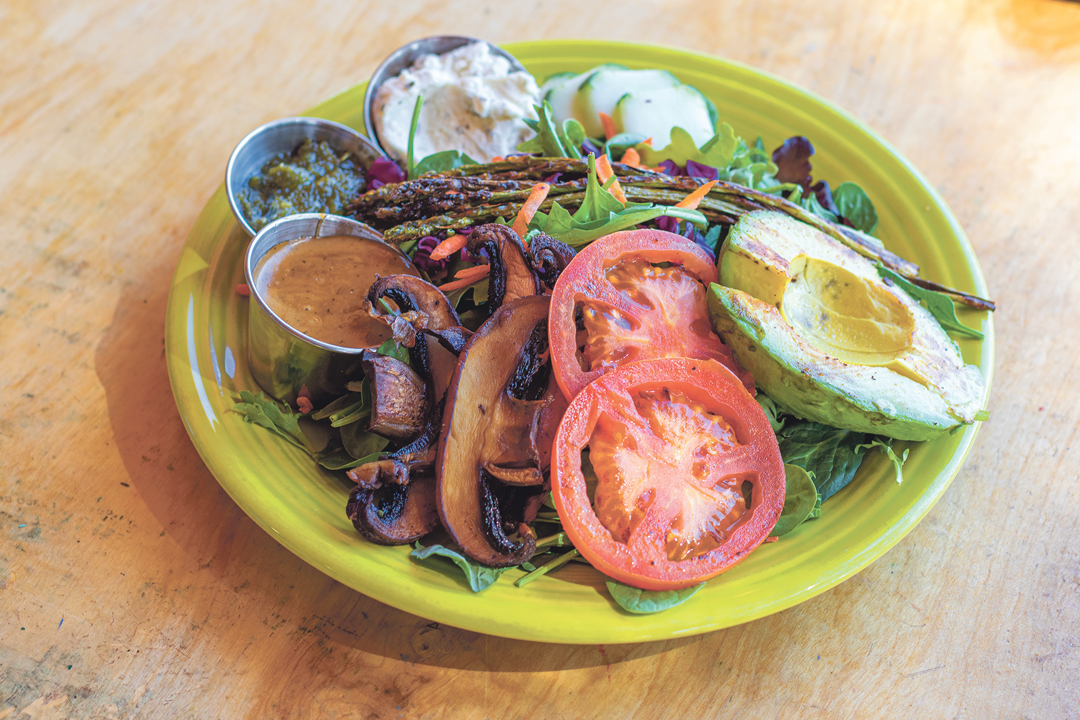 I took a seat in a welcoming, high-backed chair near the door, where Micah pulled up a seat next to me. She had a few minutes to spare, which was incredibly fortunate for me, as she not only owns the café but also runs an extensive farm-to-table program and about a thousand other projects that have to do with sustainable agriculture. She told me that the dish I chose was actually a very special one and shared a little bit about her philosophy in creating it. The inspiration came from a school garden project, she explained, where students grew native heirloom squash to save seeds. The squash was harvested with the elementary school kids, and then the high school students were tasked with cutting up the squash to get the seeds; they were utterly overwhelmed with the two hundred pounds of squash flesh left after the seeds had been collected. Micah created the squash pie dish as a way to use the immense bounty of this excess.

The Curried Squash Pie is a warm, filling, and decadent slice with the sensibilities of local farm-to-table ingredients that not just vegans and gluten-free folks will find endlessly satisfying. It’s a huge serving, an entire quarter pie of warm and silky heirloom squash pureed and seasoned with curry, onions, and garlic that lends texture and the tiniest bit of spice to the sweetness of the squash. The crust is made of local blue corn with rosemary, and is at once nutty, savory, and just the right ratio of crumbling to crisp, the way good pie crusts should be.

The blue corn stands out against the ochre squash like a New Mexico sunset, and you can taste the simplicity of the recipe, a recipe that doesn’t try to bulk itself up with fillers but rather relies on the overall quality of the ingredients. Since the initial creation of the dish, the Farmhouse chefs have started using butternut squash instead, and the pie filling tastes honestly, comfortingly, exactly like the major player in the recipe. The delicious, homegrown butternut squash from twenty miles south in Dixon is expertly seasoned but could probably have even been eaten plain due to its wholesome quality. “It’s a very local dish,” Micah tells me. “It’s comfort food, and healthy. There’s about five ingredients involved, and they are simple, whole food ingredients that we can grow here.” 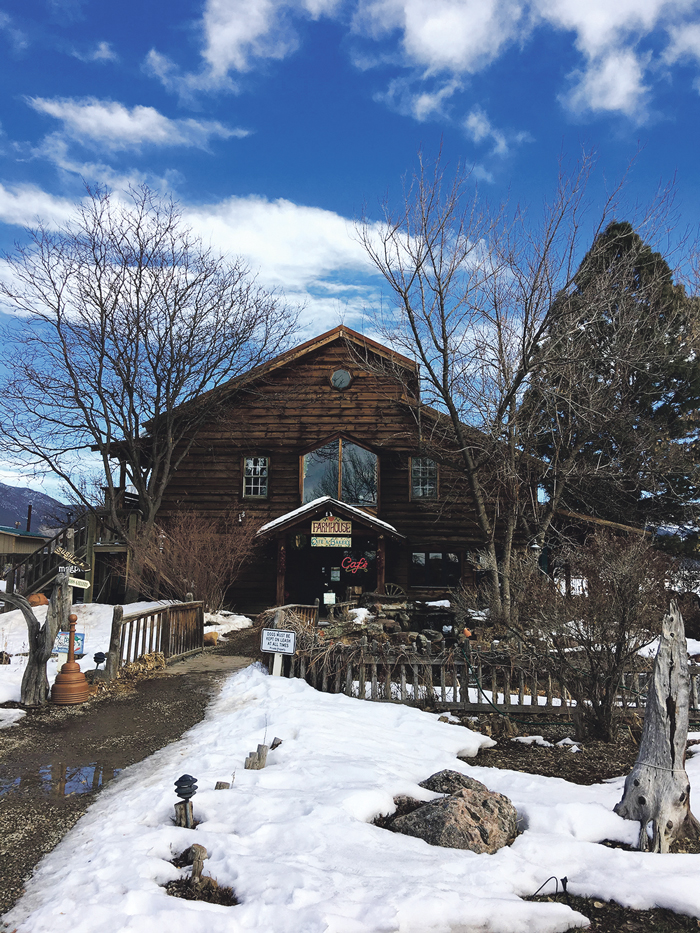 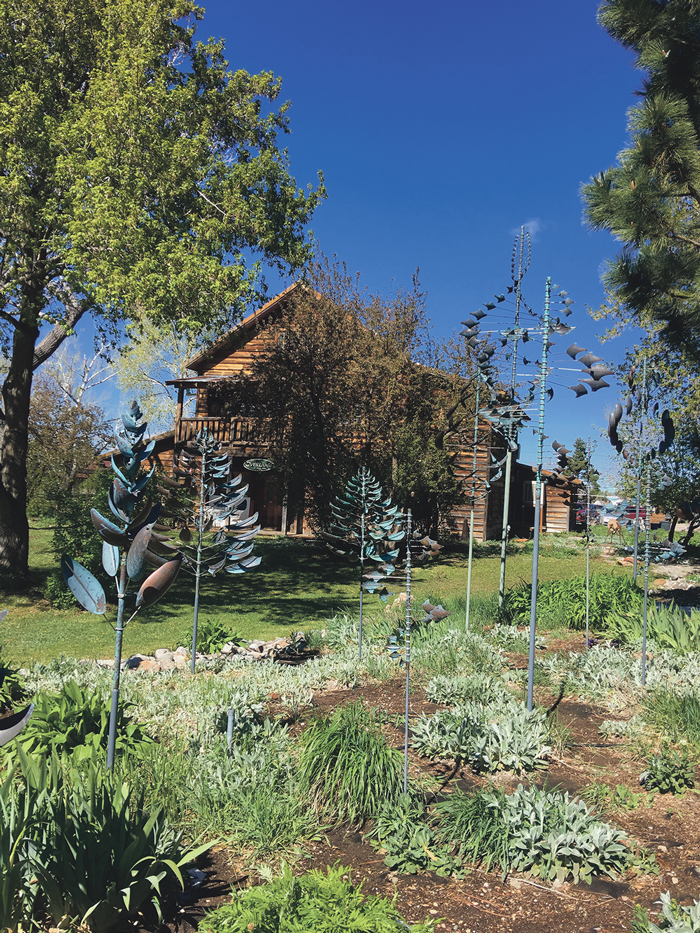 Through the seasons at Farmhouse Cafe and Bakery.

I feel tender as I consume the dish, in gratitude for the bounty of this landscape, the obvious ethics and adoration of New Mexico food that its creator possesses, and its radiant warmth on this blustery winter day. In thinking that I could only get comfort from something cow related, I was woefully wrong—this experience left me satiated, deeply nourished, and much more open to future vegan dishes that may cross my path. 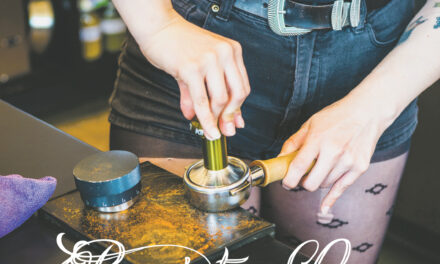 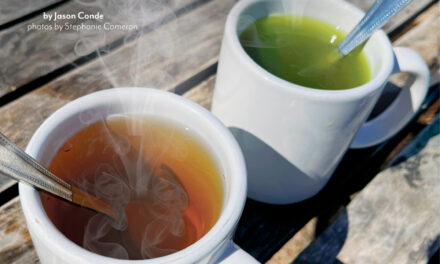 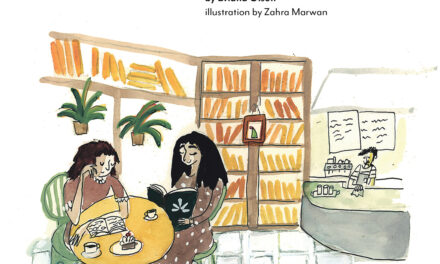 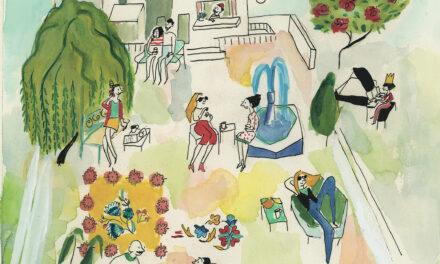