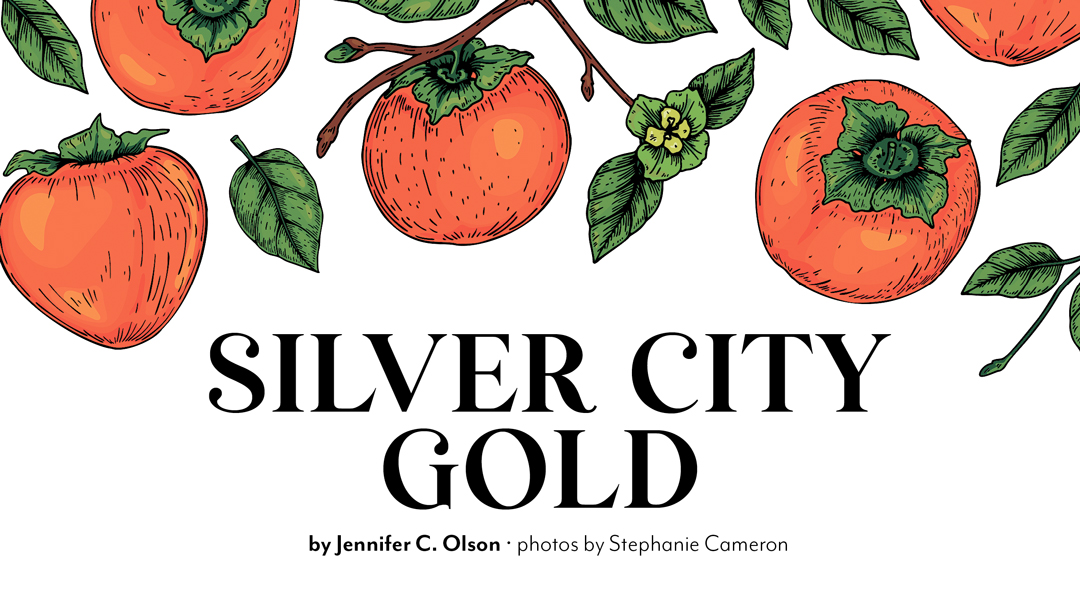 L​ike clockwork, I begin craving persimmons as soon as the southwestern New Mexico air turns crisp. By Thanksgiving, I’m regularly dropping into the Silver City Food Co-op with just one item on my list.

One day this winter, my three-year-old and I spotted the persimmons in a woven basket at the corner of the co-op’s produce display. There were just five. Knowing we could consume at least two a day and had hoped for a week’s supply, could we ethically buy all of these, leaving none for other customers?

As if on cue, an aproned worker appeared from the back room. In response to our eager inquiry, he wheeled out a whole bushel of persimmons and let my child choose as many as she liked, right from the box. We’ve learned the hard way that a persimmon eaten out of season is barely a persimmon at all, and that trying to ripen a supermarket persimmon at home always leads to severe disappointment. Co-op persimmons come from a different distributor than the ones the bigger stores use, and the taste is evident.

“We’re a small-town grocery store that’s focused on a quality of food that’s a step above. The struggle is real for us when it comes to finding great produce,” said Silver City Food Co-op operations manager Mike Madigan. So the persimmons—along with much of the co-op’s other produce—are sourced through woman-owned organic produce wholesaler Veritable Vegetable, based in San Francisco since the 1970s.

Produce that the co-op doesn’t obtain from Veritable Vegetable is bought directly from local farmers, or from farther-flung farmers through the Frontier Food Hub and La Montañita Co-op Distribution Center.

The Silver City Food Co-op works to make top-notch produce both accessible for customers and worthwhile for producers. “The co-op stands for the whole idea of being economically, socially, and environmentally sustainable,” Madigan said. “Through the Double Up Food Bucks program, we’re able to offer organic fruits and vegetables to folks who are on [SNAP] at a 50 percent discount. It creates more demand for produce, which means local farmers sell more.”

Eric Leahy of Gone Fishin’ Farm in Gila confirmed that “a pretty decent percentage” of his sales come from Double Up Bucks. “It’s a win-win.” 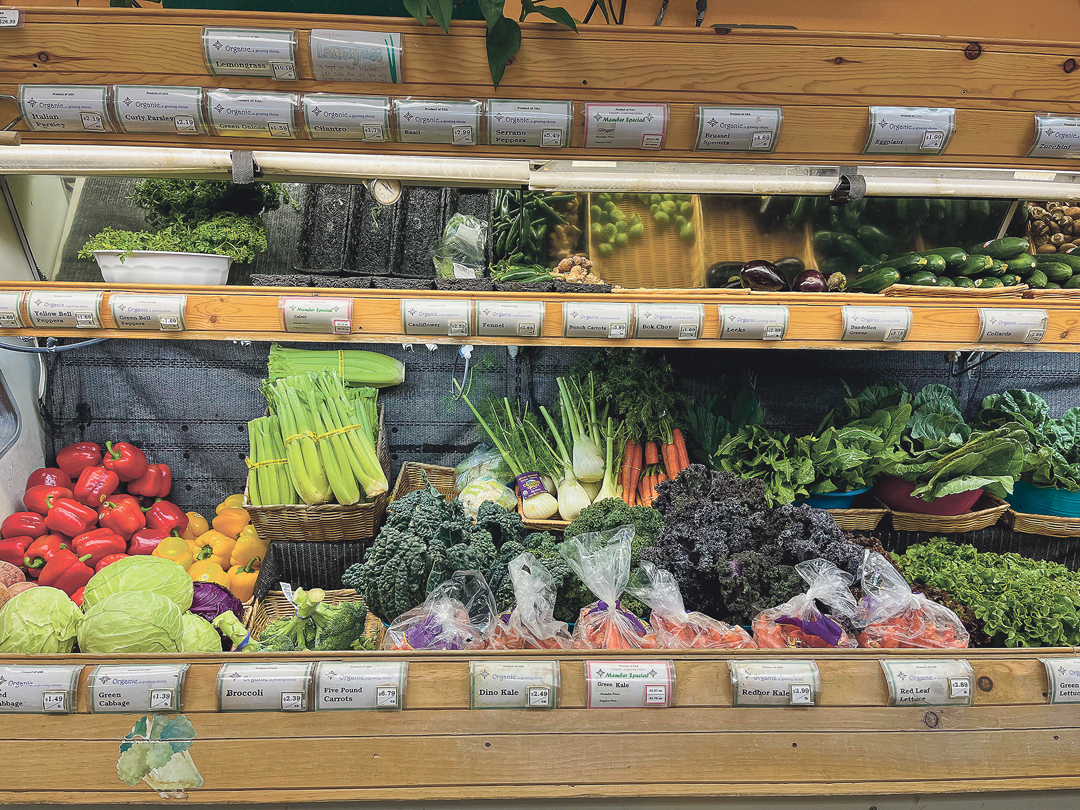 The Silver City Food Co-op sets a smaller markup on locally grown items, bringing the price of it to a level the average joe can digest, and offers area farmers leeway while upholding its fundamental philosophies.

Jake Sipko, who’s been the co-op’s produce manager for sixteen years, described the process of working with a new vendor. “Typically, we get a sample to see if it’s something that looks and tastes good, then we try to go to those farms and see their operations. We try to make sure they’re not using pesticides, even if they’re not certified organic, and that they have good watering practices,” he said.

“We don’t want people to think local food is the ugly duckling of the produce section,” said Meggie Dexter, who owns and runs Frisco Farm in Pleasanton with her husband, Kyle Skaggs. Almost 30 percent of the vegetables Dexter and Skaggs grow on their five acres along the San Francisco River gets sold to the Silver City Food Co-op, though they wholesale to other co-ops around the region too. “We try to grow normal food that normal people eat,” Dexter said, listing items such as cabbage, onions, squash, potatoes, and herbs. “The weather, the freezing nights, the heat of summer dictate what we grow and when we grow it,” Dexter added. “We grow a lot of carrots because we have this deep, smooth soil. We can grow a carrot here that’s just as nice, if not nicer, than any carrot that comes from a big organic farm in California. Our carrots are awesome.”

The co-op sells most of what is offered up by farmers, who often declare themselves the limiting factor in how much local produce the co-op stocks. “The co-op would probably like it if I sold to them more than I do. I just added three new greenhouses and should have an abundance to meet the retail and wholesale demand now,” said Leahy, who grows the likes of kale and chard, radishes and beets, melons and squash in his seven greenhouses.

To fill the gaps in what’s available locally, the co-op takes customer requests to stock nonlocal specialty seasonal items—think lemongrass, burdock root, horseradish. “People are free to special order produce. They typically don’t need a whole case, so we’ll have a small amount in the display for everybody else,” Madigan said. “That keeps things interesting.”

Lately, I’ve been scouring the Silver City Food Co-op’s shelves for asparagus. When August hits, I’ll be there for peaches. And you know what will draw me to the produce aisle come November. In the meantime, I’ll enjoy staples like Frisco Farm garlic and Gone Fishin’ Farm greens. 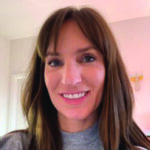 A journalist typically focused on travel and the outdoors, Jennifer C. Olson is eager to write about another of her passions—food. She spent the Saturdays of her childhood peddling apples at Silver City Farmers Market when it was held next to the Silver City Food Co-op, which even then had the most beautiful produce section in town. 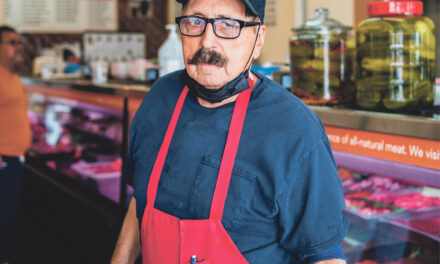 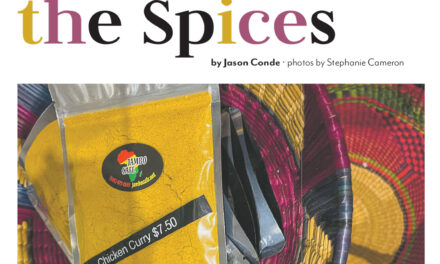 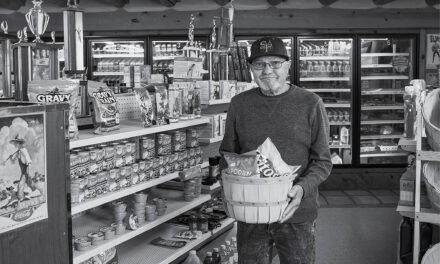 Johnnie’s Cash Store and Other Markets We Love 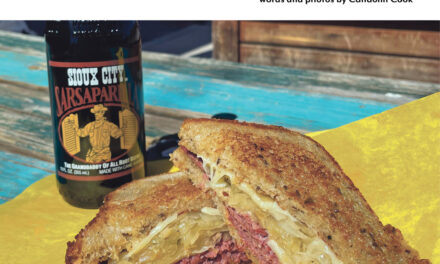 Eat and Drink Your Way Through Dixon